The Cat Dancer
For the kitty that displays the habits of a sloth and the girth of a hippo.

WHAT IT IS (LITERALLY)

A three-foot piece of 20-gauge oil-tempered spring steel, tipped at each end by twisted strips of cardboard. Waved at a cat, the Cat Dancer undulates enticingly.

WHAT IT IS (ENTREPRENEURIALLY)

A basement inventor’s dream come true: a gimmick born of scrap metal and ingenuity that has become the Nordic Track of cats, selling at the rate of 300,000 units a year, for $2 to $5 each.

WHAT IT IS (THERAPEUTICALLY)

Kitty Ritalin. House cats that can’t exercise enough sometimes begin acting inappropriately, channeling their energy into aggression with humans, said Carole Wilbourn, a Manhattan cat therapist. “I try to get cats to play as much as possible, especially if they have Single Cat Syndrome,” she said. This is tricky stuff. In a two-cat household, the problem can be Inter-cat Hostility, Ms. Wilbourn said. Her prescription’? Two Cat Dancers.

It’s not just your imagination. Cats are getting fatter, making aerobic activity or some form of personal training obligatory. “We’ve seen more obesity in cats in the last 8 to 10 years than ever before,” said Debbie Elston of T.H.E. Cat Hospital in Irvine, Calif.

When Mr. Boelke couldn’t come up with a name (“Kitty Flip” was what he called the prototype), he asked a fellow with a big-paying job in marketing to help him. After four hours of being coaxed with Black Russians in a local bar, the marketing genius said he couldn’t possibly take the time to help. As he was leaving, Mr. Boelke said, “the alcohol took effect, he clapped his hand on my shoulder, said ‘Cat Dancing’ and passed out on the floor.” Mr. Boelke said he changed that to Cat Dancer, took the fellow home and has never seen him again.

HOW POPULAR IS IT?

“It’s way up there with food,” said Suzy Cusack, an owner of Cats, Cats, Cats & Finnegan in Manhattan.

Several years ago, Calvin Klein’s cat Max appeared on a celebrity-cat calendar with a blurb saying that the Cat Dancer was Max’s favorite toy. “I never figured out how to write to Calvin Klein and thank him, because he doesn’t have his address on the jeans,” Mr. Boelke said.

“it works on a simple principle: that there isn’t a cat alive that won’t chase something that moves,” said Alison Steele, an owner of Just Cats in Manhattan. “It’s like manufacturing your own fly.” Mr. Boelke said it’s because the cardboard tastes like a moth.

HOW THE LEGEND STARTED

Late one night in 1978, Mr. Boelke, the owner of cats named Jake and Elwood (for the Blues Brothers), was sweeping the floor in a factory in Oshkosh, Wis., when a strip of scrap metal caught his eye and unleashed what he calls “one of those left-brain connections.” He took it home and waved it at Jake and Elwood, and they went into Nijinsky imitations. Mr. Boelke took to entertaining at parties with performances by Jake and Elwood. This went on for four or five years, during which he gave away about a thousand of the gizmos. Then, in 1983, with $1,500 he’d saved, he went into business.

A Veterinarian’s Caution on Toy Selection By Martha Gearhart, DVM When it comes to pet entertainment, you can go crazy

The Cat DancerFor the kitty that displays the habits of a sloth and the girth of a hippo. WHAT IT 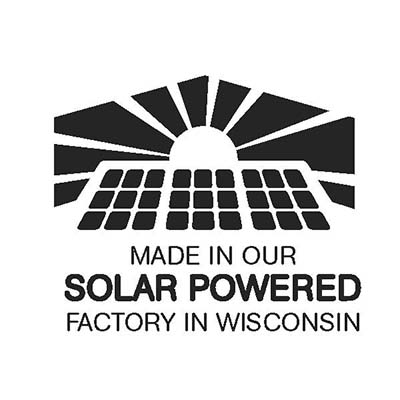